A Mission of Reconciliation 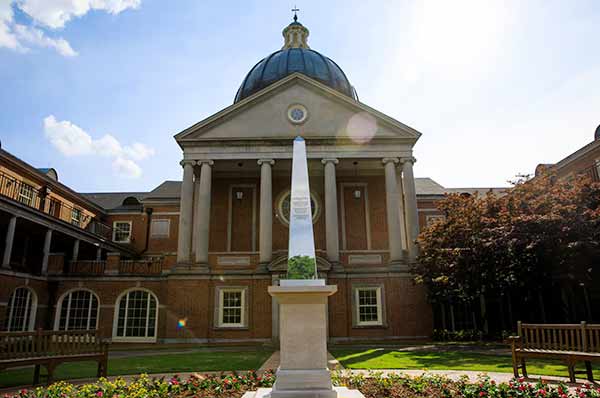 The new art from David Harber is already having a positive impact in our city. Across the last week things in America have been very difficult with the massive protest against ongoing systematic racism in our nation. Last Sunday evening protestors descended on the Confederate Memorial in downtown Birmingham, Ala. in the determination of destroying what many in the community perceive to be a symbol of white supremacy. The next morning Samford University announced the placement on its campus of the new Reconciliation Memorial obelisk crafted in David Harber studios. I hope you will be encouraged to know the impact that your art is already having in our community. Thank you for making this project possible. 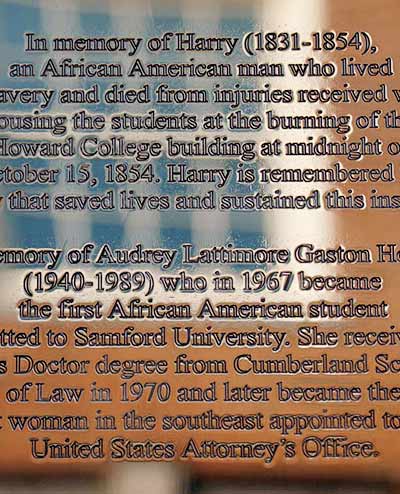 Birmingham Alabama university Samford has dedicated an 8 foot tall stainless steel obelisk to the many African American contributions to the College over the years – coincidentally in the same month as the Black Lives Matter protest.

The memorial specifically honours Harry, a 23 year-old African American man who lived in slavery and died from injuries he received while waking students at the burning of Samford's Howard College; and of Audrey Lattimore Gaston Howard, who in 1967 became the first African American student admitted to Samford University.

Other etchings on the obelisk recall the wrongs of slavery and the sins of the resulting violence and racism. 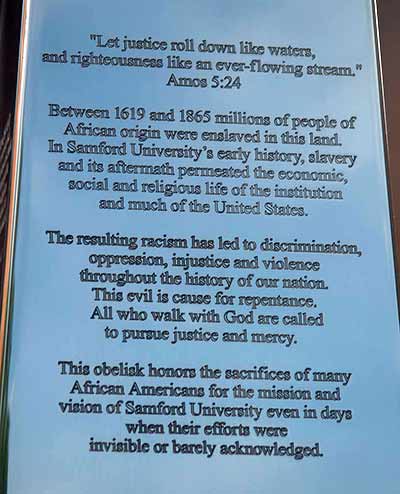