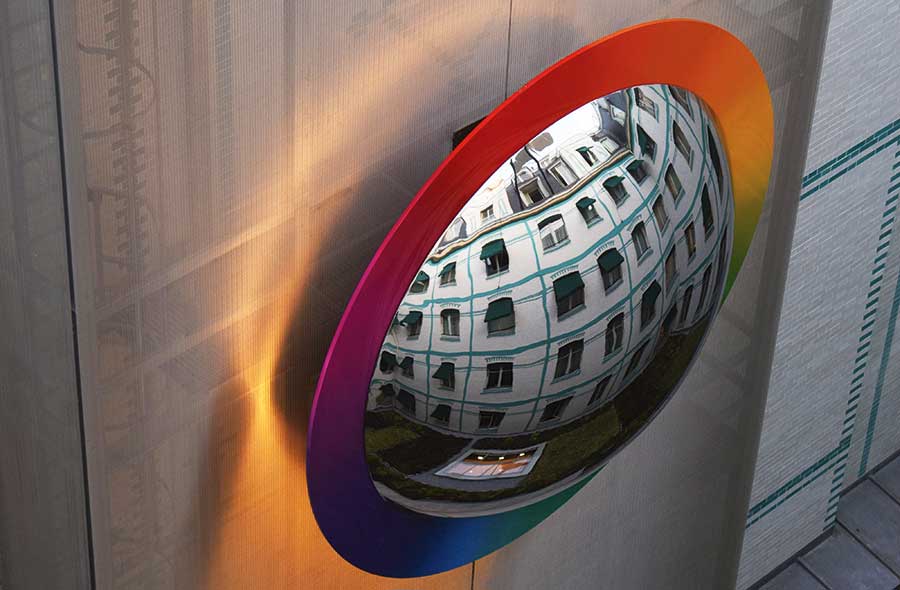 The Peninsula Paris opened in 2014 in the historic building that previously housed the Majestic Hotel, one of Paris's most luxurious hotels. As part of the extensive restoration the hotel commissioned some significant artworks, including The World Belongs to Me conceived by the renowned conceptual artists Ben Jakober and Yannick Vu.

David Harber took enormous pride in making and installing this huge elliptical mirror, 3.8 metres in diameter, that was fixed eight metres high on a wall in the courtyard of the hotel.

The dome offers a visual spectrum like a rainbow that appears to float in front of the courtyard wall. In close collaboration with Ben Jakober, the entire process from technical design to fabrication, transport and installation of the 800kg sculpture was managed by David Harber.